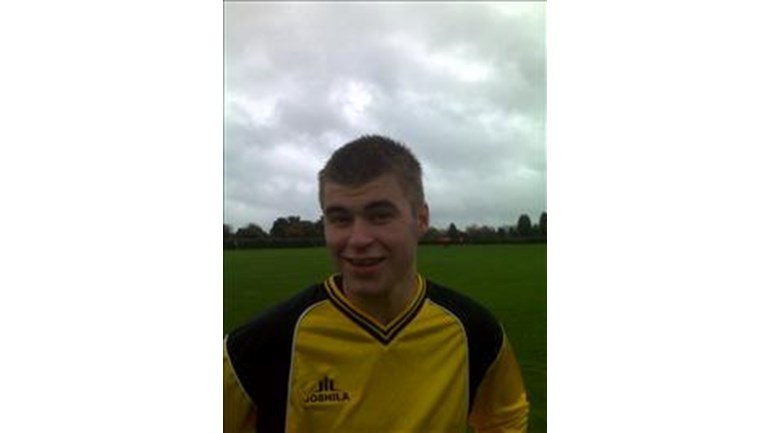 Thanks for taking the time to visit my JustGiving page made in loving memory of Ryan Nykolyszyn.

Ryan passed away on 29th October 2012 after committing suicide at home. This Just Giving page is to raise money to raise awareness of young suicides.

I have known Ryan for over 8 years now, he is a very polite, hard working and friendly person, and is maticulous in everything he does - Nothing gets past Ryan!

He was also a fantastic son, brother and grandson. Ryan was big on sport, loved Golf, enjoyed football and followed baseball.

In fact you would always spot BBC sport on his PC when he thought we weren't looking.

Ryan's suicide was a massive shock to all of us at Cocoon Vehicles, and something none of us were expecting. I have had experience with suicides attempts from family members in the past and this has been a massive shock to the system.

Even if you can only donate £1, it makes all the difference!

Papyrus is a charity that works with young people and help by providing counseling services and support to those who need it.

I will be taking part in "Movember" - a time where men can raise money by growing a moustache and not shaving it, for the whole month of November, some may say that its normal for me anyway not to shave, but for the month of November, my facial hair will be rasing money for a great cause.

Donating through JustGiving is simple, fast and totally secure. Your details are safe with JustGiving – they’ll never sell them on or send unwanted emails. Once you donate, they’ll send your money directly to the charity and make sure Gift Aid is reclaimed on every eligible donation by a UK taxpayer. So it’s the most efficient way to donate - I raise more, whilst saving time and cutting costs for the charity.

PAPYRUS is the national charity for the prevention of young suicide. We run HOPELINEUK 0800 068 4141 a freephone confidential helpline staffed by trained professionals providing advice, support & information to anyone who is feeling suicidal, or concerned that a young person they know may be at risk