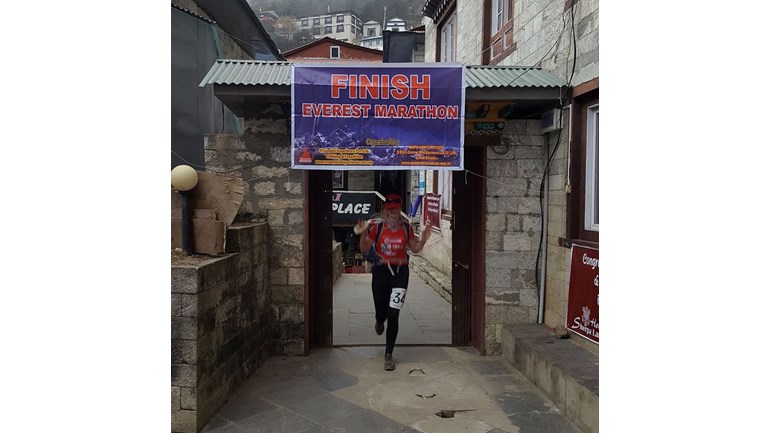 Training for the Everest Marathon 2017 for Horseback because the work they do with ex-soldiers saves lives.

Two or three years ago I really didn't give things like this the time of day.

I suppose I was a little ignorant to the work fundraisers do and the extent of how important it is. I mean, raising a few pounds? What's that really going to do? Well, I've been surprised. Those pounds add up and even £1, £2 or £10 is that bit less a desperate charity needs to find.

The important parts of this JustGiving page are these: I plan to do the Everest Marathon to raise money for the physically and mentally injured soldiers who go to HorseBack UK to rebuild their lives. To get into the Everest Marathon, you have to be an experienced off-road runner over distances longer than marathons. Now, I'm not an experienced runner, I haven't got years of races behind me. Three years ago, I knew very little about training for 10K road races, let alone mountainous ultra-marathons. I'm 21, and I care about the men and women who come back from war injured. That's it.

HorseBack saves soldiers' lives. That sounds melodramatic, right? It's not. In 2012, more soldiers killed themselves than were killed in Afghanistan in the same period. That is what Post Traumatic Stress Disorder (PTSD) does, and it's not a case of 'suck it up and get on with it'.

The work HorseBack UK does helps soldiers get back to a normal routine and gradually learn to deal with their wounds caused by war. You just have to speak to any one of the ex-servicemen or women on a program at HorseBack to realise the true extent of how important this work is.

But HorseBack doesn't run off thin air. They have 30 horses to look after, an equestrian centre to maintain and staff to employ just to get by. So while I run (and run and run and run) I'm hoping you look at me and think 'jeezypeeps, that girl's putting herself through a lot' then go and find out a bit more about why I'm doing it. Then I hope you decide to donate whatever you can because you too realise what an incredibly important cause this is.

Donating through JustGiving is simple, fast and totally secure. Your details are safe with JustGiving – they’ll never sell them on or send unwanted emails. Once you donate, they’ll send your money directly to the charity. So it’s the most efficient way to donate – saving time and cutting costs for the charity.