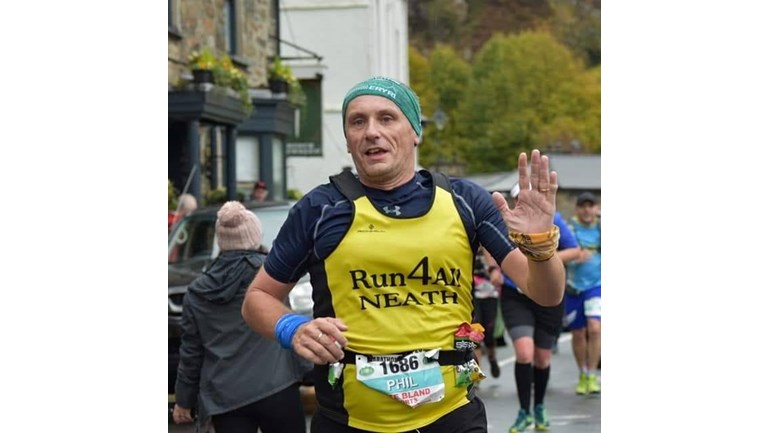 In April this year I will be running the London Marathon on behalf of the British Heart Foundation.

If I am honest I still find it a struggle to believe that I am capable of running a mile let alone 26 miles.  At the start of 2017 I weighed over 22 stone and - as you can imagine - was so unfit that the thought of running was almost impossible.

However, a strong exercise regime started in January 2017 and six months later I ran (well I called it running at the time) a few kilometres for the first time and have never really looked back since then.

I run locally for a running club who welcome all-comers which gave me extra confidence to run in front of others (running in the dark in the early hours to avoid people does nothing for beauty sleep) and since that first run in July 2017 I have completed 12 half marathons and 3 full marathons including the imposing and challenging Snowdonia Marathon Eryri twice.

London is an event that I have watched for many years on TV but never in my wildest dreams did I imagine I would ever compete in it let alone be confident in my ability  to run it well and enjoy the occasion.  To say I am excited and counting down the days is an understatement I simply cannot wait to sample the atmosphere of one of the world's greatest marathons.

Please support me in this achievement and in turn the British Heart Foundation.  Both my late father and brother suffered at times with their heart and every penny raised will help them fund valuable research and treatment for those who need it and hopefully discover new cures.   With an aim to raise £2000 the difference each of you can make really is massive.

The BHF has helped halve the number of people dying from heart and circulatory disease in the UK but sadly every day hundreds of people lose their lives. It's only thanks to support from people like us that the BHF can create new treatments and discover new cures. £24 could pay for two hours of research by an early career scientist, but every pound helps so please give what you can to help me hit my target.

We raise money to fund research to keep hearts beating and blood flowing. Our vision is a world without heart and circulatory conditions like heart diseases, stroke, vascular dementia and their risk factors like diabetes. Together, we can beat the heartbreak these conditions cause.

Charity Registration No. 225971
Find out more about charity fundraising