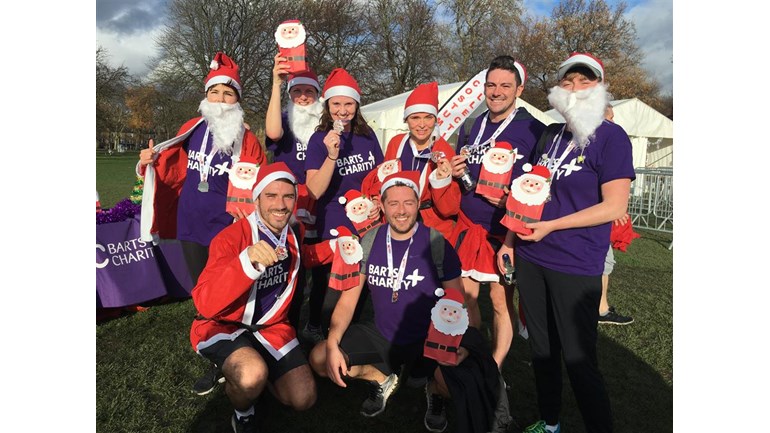 We are raising as much money as we can for Barts Charity because Trauma claims 17,000 lives in the UK every year

We support hospitals & health innovation to improve the lives of patients

Trauma (e.g. falls, terrorist attacks, road traffic accidents, violence) is one of the biggest causes of death and disability in the UK, claiming 17,000 lives every year. Every hour in the UK, 2 people will die from a catastrophic trauma injury and another 8 will be left with life-changing disabilities.

It's the biggest killer of young people and children - and that includes cancer and meningitis.

And yet, research for it is chronically underfunded. It received <1% research funding in the UK.

But the good news is when the funds are there, the research is working!

For example, thanks to research partly funded by Transform Trauma, a breakthrough by London doctors (one of whom is Mel's sister!) has meant that mortality rates for the most critically ill trauma patients at The Royal London Hospital, Whitechapel, have fallen from 47 per cent to 27 per cent.

SO COUGH UP,  DIG DEEP, PUT YOUR HAND IN YOUR POCKET (and don't forget to say yes to Giftaid if you're a UK taxpayer)

We're here to support the amazing staff and hospitals of Barts Health NHS Trust (St Bartholomew's, The Royal London, Mile End, Whipps Cross and Newham) to make things better for patients. We fund everything from the latest equipment to groundbreaking health and medical research.

Charity Registration No. 212563
Find out more about charity fundraising