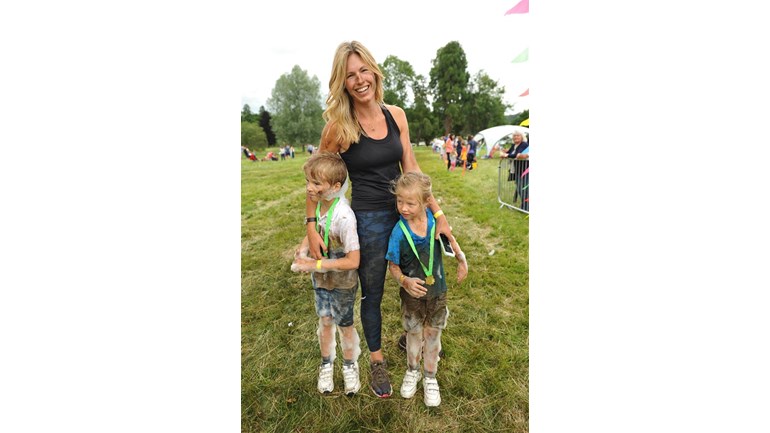 I am running the Royal Parks Half Marathon for Tommy's, the baby charity because ...it's a bit long winded - but read below

We fund research into pregnancy problems to save babies' lives

Those of you who’ve known me since I was a child will really appreciate the magnitude of this challenge.
I am not a runner.  My legs might be long, but athleticism is definitely a gene I did not inherit from my parents.  I managed to complete my education without once representing my school at sport. I am a truly hopeless athlete.

But then I met the team at Tommy’s and realised I really wanted to do something that would raise money for this extraordinary charity.

To put it into context, in August 2014 my third child, a little boy called Willem was stillborn 33 weeks into my pregnancy.  It was a huge shock for us all.  I was lucky to survive the placental abruption that killed my son.  I spent the rest of that year working on trying to recover emotionally and physically.  My grief counsellor told me how beneficial exercise is in terms of emotional recovery, and so I started running.

We got a puppy, a little Labrador called Storm. She not only stole our hearts but became my running companion.  As her little puppy legs grew stronger, our runs became longer and I soon noticed how healing a run was when my mood dipped.

As soon as I heard a bit more about the kind of work Tommy’s was doing, funding ground-breaking research that was already having a significant effect on saving babies’ lives, I jumped at the chance to go and visit their main stillbirth research centre in Manchester.

There I met Professor Alex Heazell, who examines placentas, trying to work out why some work better than others and whether there is a warning before they fail.  ‘Ageing’ placentas are the leading cause of stillbirth, so if they can predict which will fail earlier, they will be able to reduce the stillbirth rate drastically.

I agreed to get involved with the fund raising but couldn’t ask others for money if I wasn’t doing my bit.
So in a fit of enthusiasm, I promised to take part in the Royal Parks Half Marathon.

I’ve taken my training seriously; over the last year Storm and I have notched up nearly 500 miles (or so my app has told me).  My dog is the picture of health and I’m confident my knees should just about hold out.

But this is the bit that matters and this is where I need your help.  Please take this opportunity to donate to a charity that will no doubt be a force that all of us will benefit from, in some way or another.  I doubt I’ll have more children, but I hope that my support for Tommy’s will ensure that my children, grandchildren and even great-grand children will become parents in a world where premature birth, miscarriage and stillbirth is extremely unlikely to affect them in the way it has me.

Donating through JustGiving is simple, fast and totally secure. Your details are safe with JustGiving - they'll never sell them on or send unwanted emails. Once you donate, they'll send your money directly to the charity. So it's the most efficient way to donate - saving time and cutting costs for the charity.

Tommy's funds medical research into the causes of premature birth, stillbirth and miscarriage, and provides an information service about health in pregnancy.

Charity Registration No. 1060508
Find out more about charity fundraising