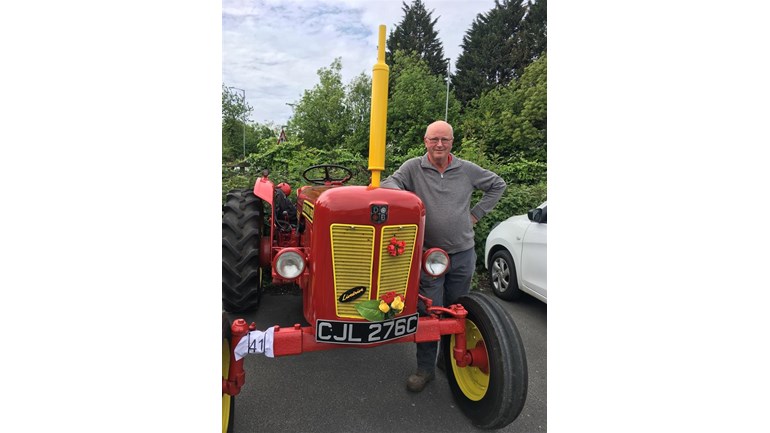 John o groats to Lands end on the DB 880

Thank you for taking the time to read my just giving page. A few years ago my dad and l had talked about doing a tractor road run from John ‘groats to Land’s end to raise money for charity. Due to work and family commitments it never got of the ground.

Unfortunately my dad passed away in January 2017. I have decided now is the time to plan and undertake the road run on the DB 880 tractor dad brought and restored before he passed away.

We had decided to raise funds for the Lincs and Notts air ambulance, hoping we may never need it, but grateful if we did. After several months of planning, the need for the air ambulance occurred, when a friend of ours had a serious accident and was airlifted to QMC. If it had not been available that day, our friend wouldn’t have survived.

I shall be driving the DB 880 tractor from John o’groats to Land’s end in early June next year 2019. I hope to achieve the nearly 1000 miles journey in 7 days, raising as much money for lincs and notts air ambulance on the way. It will run as the George Chambers memorial road run.

Lincs & Notts Air Ambulance is a dedicated Helicopter Emergency Medical Service in Lincs & Notts. We deliver the equivalent of an A&E department to the scene of an emergency and can transport patients to the most appropriate hospital or Major Trauma Centre for their needs in as little as 8 minutes.

Charity Registration No. 1017501
Find out more about charity fundraising