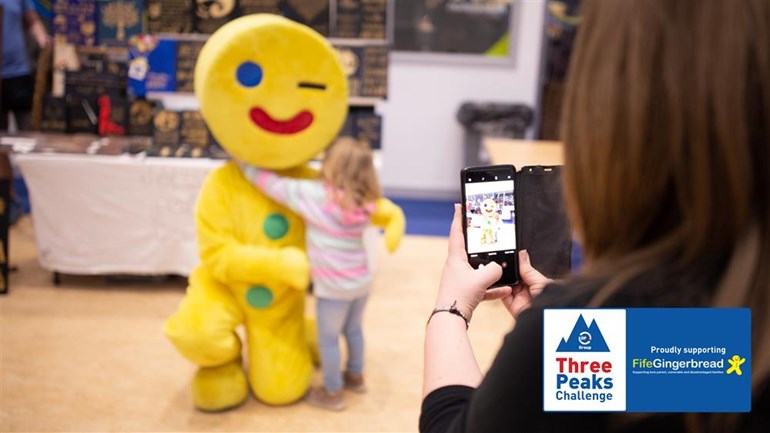 DPS Group are taking on the Three Peaks Challenge to raise valuable funds for a charity close to home - and our hearts - called Fife Gingerbread.

Fife Gingerbread supports lone parent, vulnerable and disadvantaged families across Fife. They have many support services that all work with the same ethos: Engage - Support - Progress.

The charity offers holistic support to parents (and/or family) through various projects, working at the pace and timescale that is right for the parent to overcome barriers such as poverty, isolation and poor mental health.

‘Gingerbread’ was formed in London in 1970 by a single mother who found there was no support specifically for lone parents. Her start up groups gained media attention and soon Gingerbread groups were being formed all over the UK, with Gingerbread Scotland being created in 1985.

In 1987 ‘Fife Federation of Gingerbread’ was established, changing to Fife Gingerbread in 2002. The change of name also signalled the end of the connection with Gingerbread Scotland, meaning Fife Gingerbread was a completely independent and autonomous organisation supporting lone parents.

Fife Gingerbread is unique within Fife, in that it is a membership organisation. This means that members are able to have their say on matters regarding Fife Gingerbread. Members are invited to the AGM, and are given the opportunity to raise matters and vote on issues that are addressed at the event.

Since 2002 the local landscape has changed dramatically, and due to lower marriage rates and higher divorce rates, the chances of being a lone parent are higher than ever. Child poverty has risen dramatically in recent years thanks to the government’s welfare reform and severe sanctioning by Job Centre Plus, affecting not only lone parents, but families too.

Fife Gingerbread recognised the impact these changes were having on families in Fife, and adapted its approach in order to be able to support more parents and more importantly children in Fife, by widening its constitution in 2014 to include vulnerable and disadvantaged families, whilst maintaining its specialist support for lone parents.

Now employing over forty members of staff, Fife Gingerbread’s approach of engage, support, and progress is applied to partnership projects The Gateway, Making it Work and Fife Teen Parent Project. Fife Gingerbread also has a Volunteering arm which integrates volunteers into all aspects of the organisation. These volunteers are crucial to supplementing the work Fife Gingerbread does, and also offers a progression route for those we support.

In 2014, Fife Gingerbread was shortlisted for SCVO's Charity of the Year Award. Although in they end they did not win this particular prize, they managed to scoop The People's Choice Award, beating 29 other organisations in a public vote.

Donating through JustGiving is simple, fast and totally secure. Your details are safe with JustGiving - they'll never sell them on or send unwanted emails. Once you donate, they'll send your money directly to the charity. So it's the most efficient way to donate - saving time and cutting costs for the charity.

Fife Gingerbread supports lone parent, vulnerable, and disadvantaged families. We use the model of engage - support - progress to help parents overcome barriers and create a better life for themselves and their children.

Charity Registration No. SC024254
Find out more about charity fundraising