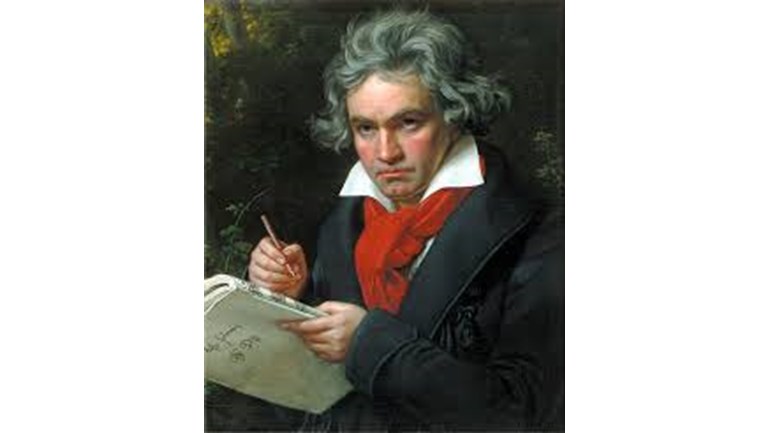 9 Symphonies, with 3 conductors, in 12 hours for Médecins Sans Frontières (UK) because the world needs make more art, and less war!

We are raising funds for Doctors Without Borders/ Médecins Sans Frontières (MSF) by playing an epic marathon of all 9 glorious symphonies, back-to-back, in one day! Please consider supporting our mad venture by donating through this page, or if you prefer, grab your instrument, warm up your voice with a few scales in the shower, and join us at the Goldsmiths, University of London Great Hall, New Cross on April 23rd to make some joyful, humanitarian noise.

Why Doctors Without Borders?

On October 3rd, 2015, the Doctors Without Borders (MSF) trauma centre in Kunduz was bombed repeatedly by coalition forces, in a blatant breach of International Humanitarian Law. At least 42 died; and countless patients in the area lost this vitally important medical resource. How can one begin to counter such heartbreaking destruction against people who were giving their time and knowledge, and risking their own lives, to do good where it was most needed? We choose to offer up our music-making, with a Beethoven Symphony Marathon on April 23rd, raising funds for MSF and the wonderful work they do for the world's most vulnerable citizens. Symphonies #1-9, morning to evening, no prior rehearsal, four glorious soloists, all in the gorgeous Great Hall at Goldsmiths, University of London, our generous hosts for the day. Please drop Holly an email (hjmathieson@gmail.com) if you're keen to play in the orchestra for some or all of it, or if you'd like to sing in the choir for the life-affirming, and humanity-celebrating 9th symphony at the end of the day. And if you can't donate with your playing or singing, please consider donating monetarily to MSF through this page! All proceeds will go to support the incredible work MSF do in war zones, refugee camps and areas of famine and disease around the world.

Adrián Varela is the Conductor and Artistic Director of two orchestras: the One Tree Hill Sinfonia, a South-East London-based orchestra with a charitable remit, and the Lutoslawski Youth Orchestra, Poland’s National Youth Orchestra.

Adrián enjoyed early success in his native Uruguay conducting both opera and symphonic concerts. His first teacher was the late Lorin Maazel at Interlochen, Michigan. His principal teacher was the Celebidache protegée Roberto Montenegro. Adrián returned to conducting in recent years after a 15-year hiatus.

Adrián is a unique, poly-faceted artist of unparalleled versatility and social sensibility. As violinist he has held position in the 1st of the Philharmonia Orchestra since 2002. As a composer, the Philharmonia, Deutsche Symphonie Orchester Berlin and several of the world’s greatest classical artists including Ashkenazy, Ehnes and Kopatchinskaja have performed his works in the Far East, Europe and the Americas. He is published by Schott, Mainz. He featured live on BBC Radio3 with the Prog-Tango band he fronts from the violin, and will return with this group to the official Three Choirs Festival, Gloucester this summer. A fluent communicator-pedagogue who speaks 6 languages, his monthly blog and videos on aesthetics and technique
reach thousands.

Adrián’s social preoccupations led him to join thousands destroying the Berlin Wall on New Year’s Eve 1989. Two years later he witnessed the toppling of Lenin statues in the Baltic States. He has, and continues to, organise countless concerts and events in aid of victims of conflict, natural disasters and health issues, including two forthcoming concerts (May & June) with the OTHSinfonia. There is only one place for Adrián to be today, conducting his part in the Beethoven Marathon for MSF.

Samuel Burstin was born in London in 1981 and educated at the City of London School and Trinity College of Music. He studied the viola with Richard Crabtree and conducting with Peter Stark and Gregory Rose, and graduated with a first class degree, a Postgraduate Diploma and the prestigious TCM Silver Medal.

In 2005, after a year with the Southbank Sinfonia, he joined the Philharmonia Orchestra. He has worked with many of the world's finest musicians and conductors, played Principal Viola with eight major orchestras, and performed chamber music at the Wigmore and Royal Festival Halls.

Samuel made his conducting debut in 2007 with the St Paul's Sinfonia, and two years later his professional debut with the West London Sinfonia. In 2011 he founded the Paradisal Players, with whom he gives concerts of heavenly music for wonderful causes, which have raised over £100,000.

In 2014 Samuel was a prizewinner at the prestigious Evgeny Svetlanov International Conducting Competition in Paris, where he conducted the Orchestre Philharmonique de Radio France at the Salle Pleyel and was described as "unfailingly musical" by a member of the jury. The following year he made his Russian debut in Kazan with the Tatarstan National Symphony Orchestra, with music by Shostakovich, Korngold and Bartok.

In March 2016 Samuel conducted the Ernest Read Symphony Orchestra in a concert of Copland, Weber, Holst and Elgar.

New Zealand-born Holly Mathieson was named Resident Conductor of the National Youth Orchestra of Scotland Junior Orchestra in 2015, after two sell-out concerts, and 5-star reviews as guest conductor in 14/15. She is founder and Artistic Director of the Horizont Musik-Kollektiv (Berlin), and recently joined the performance faculty at Goldsmiths University, London. This season, she works as assistant conductor with Opera North (L'elisir d'amore) and Longborough Festival Opera (Tannhäuser), and returns to NZ for concerts with St Matthew Chamber Orchestra, Opus Orchestra and Dunedin Symphony Orchestra. In the 2016-17 season she will be a finalist for the music directorship at Illinois Philharmonic. She was recently named by Zonta NZ as one of New Zealand's 50 Women of Achievement.

In the 2014/15 season she held one of the world's most prestigious fellowships for young conductors, the Leverhulme Fellowship at the Royal Conservatoire of Scotland, granting her opportunities to assist Donald Runnicles at the BBCSSO, and work with RSNO and Red Note Ensemble. She also debuted in London as the 2015 Christine Collins Young Artist Conductor in Associate at Opera Holland Park to critical acclaim, and was a finalist in the competition for assistant conductor, Orchestre Philharmonique de Radio France.

In the past, she has assisted both Esa-Pekka Salonen and Christoph von Dohnanyi at the Philharmonia Orchestra (London), and assisted Marin Alsop at the Orchestra of the Age of Enlightenment Prom, the BBCSO Last Night of the Proms, and with the Sao Paolo Symphony Orchestra on their recent European tour. In April 2014 she worked for the first time with the acclaimed Zafraan Ensemble in Berlin. In 2013, she debuted with St Matthew's Chamber Orchestra (NZ) the Vanbrugh Ensemble (London) and Opera Holland Park (London), and was cover conductor to Chris Warren-Green at the Charlotte Symphony (US). 2013 also saw success in being chosen as one of four young conductors from around the world to participate in the Interaktion Dirigentenwerkstatt des Kritischen Orchesters with players from the Berlin Philharmonic and other German orchestras, and a place as one of Dartington International Summer Schools advanced conducting fellows. She was immediately reinvited to Dartington in 2014 as a guest conductor.

Awards for Holly's work include a 2013 Professional Development Grant from Creative NZ, the 2012 AMP Regional Scholarship from Roost Mortgages, the 2009 Patronage Award from Adrienne, Lady Stewart and the NZ Arts Foundation, and the Elman Poole Travelling Scholarship (2006). Holly was named a Ryoichi Sasakawa Young Leaders Fellow in 2008.

Donating through JustGiving is simple, fast and totally secure. Your details are safe with JustGiving – they’ll never sell them on or send unwanted emails. Once you donate, they’ll send your money directly to the charity. So it’s the most efficient way to donate – saving time and cutting costs for the charity.

Médecins Sans Frontières/Doctors Without Borders (MSF) is an independent humanitarian medical aid organisation. We are committed to providing medical aid where it is most needed, regardless of race, religion, politics or gender and also to raising awareness of the plight of the people we help.