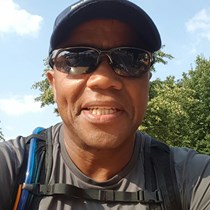 Weʼre raising £10,000 to create a National Memorial Arboretum monument for Afro-Caribbean veterans who died in defence of the UK. #Never too late to say thank you.

The National Memorial Arboretum (NMA) in Staffordshire is the year-round UK centre of remembrance. It is an outstanding location for solitude, time without end, a place of eternity and home to over 380 symbolic memorials. However, none of those 380 monuments uniquely reflect the sacrifices of the Afro-Caribbean Servicemen who gave their lives fighting for the UK during the World Wars and subsequent post-war conflicts to the present day. An Afro-Caribbean monument has now been designed, a plot allocated at the NMA and the challenge now is to raise £450 000; £50,000 has already been raised. Many fundraising events have already been cancelled, time is getting critically short for completion. We are unsure what will happen if the target is not reached. However, October is Black History month and it is #Never too late to say 'Thank You'.

One example of sacrifice was Walter Tull, who died at the Battle of the Somme in 1916. He had trained within 2 miles of Ayr to become the first black Army officer and was chosen in 2018, as the ‘Armistice Pages to the Sea’ fallen hero at Ayr Beach. The charity walk of 502 kms titled #From Ayr to Eternity (NMA) commences 12th October 2020, 26 miles for 12 days. Two retired RAF veterans will carry a small bottle of sand from Ayr Beach to be sprinkled on the allocated Afro-Caribbean memorial site at the NMA in Staffordshire. #Never Forget.

The seeds for this event was sown by my participation in The Long Walk Home from Ypres, Belgium to the Cenotaph, London in 2018. Covid-19 has prevented the additional participation of those great veterans. 'Walt' Disney is my co-walker for this entire journey, having walked together many times at Nijmegen. Walt famously walked to Nijmegen from RAF Cranwell, completed the 4 day march of 100 miles, then walked back to his base. Noel Roye is support driver for the 8 England legs, limitation due to Covid-19. Noel served in the RAF for 13 years, before completing 30 years service in the Police Force. Between the 3 of us we have given over 100 years of military service to the UK armed forces. Be kind, be generous and support us all for this worthy cause. #Never Forget the sacrifices made.

Flt Lt Wayne Howell is an RAF veteran in his 48th and final year of military service. Of Caribbean origin, he is a keen advocate of a first Afro-Caribbean symbolic NMA monument. Completing the Nijmegen Marches 23 times, the 310 miles walk 'From Ayr to Eternity' is a challenge.