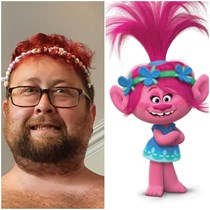 Weʼve raised £10,242 to Help support the young family of a good man

Roger Izzard was a player in the Man v Fat football league in Northampton. During a game on Tuesday 20th October Roger collapsed and had to be resuscitated, his heart stopped for around 20 minutes and he was put into an induced coma in ICU. Sadly Roger has now passed away.

During an earlier season the team I played in decided to raise money for a very good cause, all of the players in the league got behind this cause but none more than Roger. We held a raffle at the end of the season but, due to the huge number of prizes that Roger had worked so tirelessly to source, we had to have a pre-raffle and also had to combine some prizes.

Roger has spoken openly about how Man v Fat has changed his life for the better and, for those of us that have known him from when he started, it is obvious to see. We are one big family and all want to show our support for our brother and his family at this time.

Roger has a wife and 2 young kids that will need all the love and support that we can offer them at this difficult time.