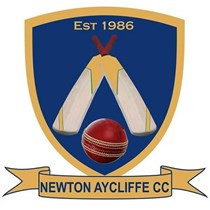 Initially having one team playing in the lowest level available the team has progressed, over the years, to now having two senior teams playing in the North Yorkshire and South Durham League (NYSD), a premier league and one of the best in the country outside of county cricket.

In addition the club also have junior teams playing from under 9 through to under 17 and this year have established ladies and girls cricket with two teams playing league cricket. As well as this the Club host annual school festivals for primary age pupils and have a successful All Stars programme which sees 50+ 5-9 year olds receiving coaching down the ground during the summer.

After initially sharing changing facilities with the local rugby club, the cricket team were provided their own changing rooms, as part of a major development of Moore Lane Sports Grounds in about 2007. However these changing rooms consisted of basic portacabins with no toilet or shower facilities meaning that they still need to use the rugby changing rooms for this.

As the club has progressed, adding more teams and more diversity, this is no longer an acceptable situation and together with the poor condition of the portacabins, which were second hand when installed, new changing facilities are now desperately needed which incorporate all required facilities.

The new changing rooms will cost in the region of £90,000 and while funding is being applied for the strange times at the moment mean that a lot of funding streams are suspended or concentrating purely on Coronavirus. As a result Newton Aycliffe Cricket Club need to look at other options for raising the money in time for next season.

As a thank you, any individual or business that pledges at least £100 will have the opportunity to sponsor one game next season, free of charge, and will be invited to the official opening of the new changing rooms

We field 2 senior teams and 4 junior teams from Under 11. We also run ECB recognised incentive programs like All Stars cricket for 5 to 8 year olds and Dynamos cricket for 8 to 11 year olds. In 2020 we established a ladies and under 11 girls team to play in competitive fixtures