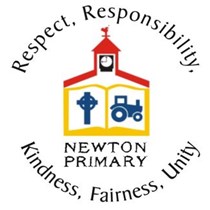 Weʼve raised £5,023 to help towards living costs so that James can have his family with him in GOSH as he builds his strength while he waits for a heart transplant

Lisa is a much loved colleague in our school nursery. Earlier this year her son James fell seriously ill and is now in Great Ormond Street Hospital (GOSH). The school & local community would like to help them with their living costs while they temporarily relocate to London.

This is James story x

James was like any other 9 year old boy. He loved running around with his friends, riding his bike and playing his Xbox. Throughout his childhood he has always been a very fit and healthy child who was hardly ever off sick for any length of time.

However everything changed this year when James contracted a virus. Due to a very rare complication this infection travelled to his heart. In February following a week of being extremely poorly James was admitted to Forth Valley hospital. Once he was assessed he was quickly transferred to Glasgow's Children's Hospital Intensive Care Unit. It was there that we learned of the severity of James' illness. He was diagnosed with Myocarditis and at the time his heart was showing signs of heart failure.

James spent the next 2 1/2 weeks in the intensive care unit fighting for his life. Thankfully with time he regained some of his strength and was then transferred to a Cardiac Ward. After a further 10 days he was discharged home to continue his recovery. Over time he returned to school and everyday life, even though his heart function was significantly reduced.

Unfortunately things took a turn for the worst when James collapsed at home in July and went into cardiac arrest. He was then readmitted to Glasgow Children's Hospital where he spent the next 4 weeks in Intensive Care receiving varying amounts of life support. During this time he was placed on the heart transplant waiting list and flown down to Great Ormand Street Hospital in London as soon as a bed became available. Three days after being admitted, James underwent major heart surgery where we learned that at least 50% of his heart was damaged from his initial infection. At this time he also had a device implanted to support his heart while he waits for a new one.

Throughout this whole ordeal, James has consistently amazed us with his bravery, stubborn resilience and acceptance each time he is faced with a new hurdle. Of those there have been many!

He continues to fight on with incredible determination, pushing himself and getting stronger everyday! His family and friends couldn't be more proud of him.

Thank you for reading James story.