My husband is called Nick and he is 46 years old. He is the Father of Daniel, now almost 15, and Olivia 13. He has a Meningioma or most commonly known as - a brain tumour. We have set up this Just Giving page to try and raise £59,000 before the 21st of October to get Nick, Proton Beam Therapy. This is our story…

In June 2018, he started getting double vision and his left eye began to droop slightly. Within days his eyelid had closed completely and still to this day remains shut. He was very unwell and spent time in hospital in Stoke and Birmingham. He did not get the correct diagnosis until very recently even though his symptoms first appeared 15 months ago. These ranged from a stroke, to migraines, to a rare condition called Tolosa Hunt Syndrome and finally the correct diagnosis of a Meningioma or most commonly known as - a brain tumour.

23 years prior, Nick then aged just 23 had just found out he’d been accepted by the RAF as a trainee fast jet pilot. He started feeling unwell even though he was extremely fit at the time and was persuaded by his Mum to go to the GP. His career with the RAF was over before it had begun as he was diagnosed with Acute Lymphoblastic Leukaemia (ALL). He was given a 30% chance of surviving 5 years and less than a 1% chance of ever having children. He was given 3 intense doses of chemotherapy with 10 weeks of clinical isolation between each dose and 12 doses of radiotherapy direct to his head. With amazing good fortune, medical intervention and the love from all his friends and family, Nick was able to survive this and most happily of all, go on to have Daniel and Olivia, our children.

The question we’ve asked repeatedly during the last 15 months is did the treatment 23 years ago cause the Meningioma in his head now? The answer now is Yes! The only treatment available to Nick on the NHS is conventional radiotherapy and he would need 28 doses over a 6-week period. The ‘cure’ to stop the growth of the tumour is the 28 doses, which is over double the amount of the same therapy that caused the tumour in the first place. The side effects could include the loss of his other eye and total blindness, seizures, mood swings, memory loss to name a few. But there is another way….

Nick can have Proton Beam therapy but he cannot be given this on the NHS as he exceeds the age limit of 24 years. This type of therapy allows refined targeting of the tumour and will not affect the other tissue of his brain. It also gives a much better long-term outcome. He could get new tumours with conventional radiotherapy but not with Proton Beam Therapy.

The price of 28 sessions in Newport, Wales is £58,607.00. Is there any way at all that you could help us raise this amount? The conventional radiotherapy is due to start on Monday 21st October and Nick will take this route if we cannot raise this figure as he must be treated.

Thank you so much for reading this and we thank you from the bottom of our hearts. If you can share this among Facebook and other social media sites we would be so grateful. 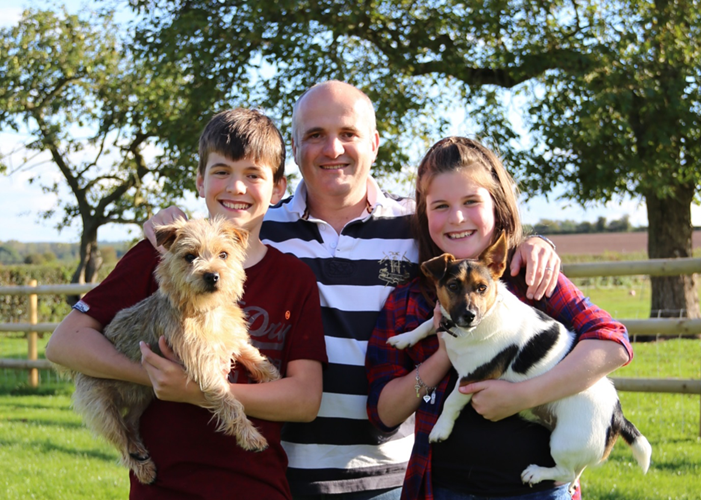