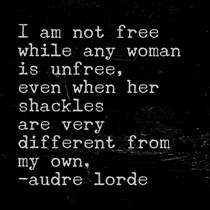 Weʼve raised £16,559 to support women and children fleeing domestic violence and abuse, who have no recourse to public funds during Covid-19.

Support women and children with no recourse to public funds [NRPF]

"Nothing will be done, he will kill me and blame it on coronavirus. I have no legal status in this country and do not have enough money to feed my kids. I am too scared to leave. Where would I go? I can't live on the streets?" [Manpreet]

Domestic violence and abuse is a global phenomenon that cuts across distinctions of age, class, race, religion or belief, gender, sex, and sexual orientation.

The lockdown measures announced on 23 March 2020 in response to the Covid-19 pandemic focused on encouraging people to stay at home. For those living with perpetrators of domestic abuse, however, self-isolation can pose a greater risk than the disease itself. The true prevalence of domestic abuse in the UK during Covid-19 is currently unknown. However, early evidence has shown a dramatic increase in demand for support, with some services reporting a 700% rise in calls.

In 2012, the UK government’s “hostile environment” policy against undocumented migrants led to successive waves of legislation increasing undocumented migrants’ criminalisation and removing their access to many basic services through “no resource to public funds” measures. The pandemic has only exacerbated these issues.

The pandemic is exposing and extending existing inequalities and vulnerabilities to create new forms of hardship, particularly for Black and minority, ethnic and refugee women, who face heightened risks due to intersecting forms of inequality in terms of gender, race, religion and class. While the government has recognised the increase in domestic violence during the lockdown, little attention in recent policy briefings has been given to the specific impact this is having on black and minority ethnic organisations and the communities they serve (Gill, 2020). https://www.independent.co.uk/voices/coronavirus-domestic-violence-women-girls-bame-race-a9510156.html

Your support is critical. If you can make a minimum donation of £15.00, it will help to feed and clothe women and children who are temporarily being supported by London Black Women’s Project [https://www.lbwp.co/], Southall Black Sisters [https://southallblacksisters.org.uk/], Apna Haq in Rotherham [http://www.apnahaq.org.uk/] and Sistah Space in Hackney [https://www.sistahspace.org/].

Cases we are supporting

London Black Women’s Project (LBWP) is a Black feminist organisation based in London. Established in 1989 as the Newham Asian Women’s Project, we provide specialist support services for Black and minority ethnic and migrant women and their children who are experiencing domestic violence. We deliver services in three main areas: accommodation, counselling and therapeutic support, and legal advice and information.

Since the coronavirus lockdown began, we have supported over 30 women with no resource to public funds (NRPF).

One of these women came to us in a particularly precarious situation. She had leave to remain but, with an NRPF attachment. She was also an essential worker employed in a care home, where she had worked throughout the coronavirus pandemic. She experienced domestic violence at the hands of her partner, and this abuse was escalating during lockdown.

We tried to source refuge accommodation for this client and her children to get them out of their violent home situation. Despite several referrals, we were unable to find a refuge that would accept them. Many refuges had serious concerns about the health risks associated with our client’s work in a care home, but she could not afford to stop working—refuges rely on rental income to deliver their services, but our client’s NRPF attachment meant that she had no way to pay the cost of the refuge and continue supporting her children.

Our legal team worked tirelessly to resolve this issue and get our client to safety: we made an urgent S.17 referral to Children’s Services, stating that they had a duty to protect our client and her children. Eventually, Children’s Services agreed to house them in temporary accommodation. We then helped our client access specialist immigration advice and successfully apply for a Change of Conditions, which means she can now access benefits so she can better support herself and her children during this uncertain time. Our client is finally safe .

Apna Haq is a charitable organisation that supports black and minority ethnic (BME) women and girls in Rotherham who are attempting to escape violent domestic situations. Many of these women have no recourse to public funds and are in dire need of help. They have often fled an abusive husband and/or in-laws, or violence committed against them by their own family. They come to us with only the clothing they wear—they have nothing else. We give them food, clothing and other essential items, and help them find safety and independence.

Since the coronavirus lockdown began, seven women, all between the ages of 23 and 30 and all with no recourse to public funds, have come to us for help. As all our team members are also from BME backgrounds, we’re uniquely placed to offer these women the support they need—support they can’t easily get elsewhere .

Two of these young women had previously been placed in safe emergency council housing by social services. However, they spoke no English, and their council housing was located in predominantly white and racist areas—locals made them feel uncomfortable by staring at them, and even advocacy workers were subject to the same unwelcome reception. In addition, both these young women had been given food parcels with goods they were unfamiliar with or couldn’t eat for religious reasons—for example, ham, sausages, cereal and pasta. One of the women lived for three weeks on packets of biscuits from her food parcel during Ramadan. The women had no money and no phone—they were effectively cut off from the outside world.

Our staff went to the local Asian shop to buy rice, chapatti flour and other staple foods for these young women that they were used to cooking and eating. We paid for taxis so the women could get to refuges in areas with BME populations so the women had some cultural and community connection and were able to converse with people who spoke their language. With the support and knowledge of our staff, these women were able to access the resources they so desperately needed—food, shelter and a pathway to a better, safer future.

My husband and I married in India, and I came to the UK in 2017 on a spousal visa. After arriving in the UK, my husband and his family started to abuse me. My husband would ignore me sometimes, and put me down. He had a dominant personality and would drink often and be violent. I would try to speak to my mother-in-law about her son’s behaviour, but she would defend him and tell me that this was my destiny.

My husband was not working—partly because of COVID-19, but also because he has had long-term issues with staying in employment. The lockdown made it worse. His business opportunities were suffering, and news about the pandemic was coming through 24/7. My husband started drinking a lot more after the lockdown started, so he got more aggressive towards me. Sometimes he would start drinking in the morning—he would wake up and start to drink before even having breakfast, and that was stressful for me. I would think to myself: If I have to move out from the house, where would I go? I had no clue about social organisations in the UK, as I came here from abroad. I cannot return to India. If I go back, I will suffer lots of physical, emotional and coercive abuse from my mother and brother. I had a disturbed family life—I raised my siblings and left for another country as soon as I could.

I had suffered a lot of domestic abuse even before the lockdown, but during the lockdown, things got completely out of hand and became impossible. That is when I had to leave.

I came to SBS in tears and with £4 in my bank account. I am overwhelmed by how they have helped me—I could not have asked for more. They have given me emotional support and checked in on me every day. I would have been on the streets or suffered more domestic abuse if it wasn’t for them. Now I’m [in emergency accommodation] at a safe distance from my matrimonial home, so I have more independence and can move about freely in the local area with less fear. I am safe here. SBS give me money to buy food and have helped me apply for the Destitution Domestic Violence Concession, which came through recently. I have also been assisted with applying for universal credit, which I have been told will be paid to me next month. I will be referred to an immigration solicitor who will support me to apply for Indefinite Leave to Remain under the Domestic Violence Rule. If successful, I will be able to stay in the UK independently. I am really looking forward to that day because it will give me the foundation I need to get on with my life.

I don’t know what I would have done if SBS didn’t exist.

In Solidarity and Seva

Aisha K. Gill has been involved in addressing the problem of violence against women and girls at the grassroots level for the past 20 years. She has challenged politicians to be more inclusive of black and minority ethnic and refugee women's voices.