Our campaign is now complete. 0 supporters helped us raise £0.00 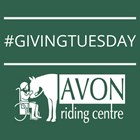 Donating will enable us to work with adults and children, improving their riding skills and making a difference to their lives and those of their families. We are hoping to raise £2,000 to support a rider's lessons for the whole of 2020.
Closed on 12/10/2019
Charity Registration No: 281648

The campaign has now expired but it's not too late to support this charity.

Erinnin began riding at Avon Riding Centre over a year ago, having already had some experience with horse riding. He had an infinity with them, asking a lot of questions about horses showing a genuine interest which was not usual for him.

Being on the Autistic Spectrum, Erinnin has trouble socialising and reduced levels of concentration, along with anxiety and repetitive disorders. Erinnin finds that structural routine is key to getting him through the day. Since coming to the Centre though Erinnin has found his confidence has grown, not just with the horses but in everyday life.

Erinnin has made some ground breaking decisions, including nominating himself for school council and being nominated by his peers to speak out for them. This year Erinnin has become a school prefect, governing a lower year at school.

The achievements Erinnin has made since starting horse riding are real milestones in his family's eyes and they are very proud of him. They have found coming to the Centre has had an amazing impact on them all. Horse riding gives Erinnin something of his own which he delights in, looking forward to attending every week. It also allows the family to share his interest and gives them a common talking ground which has been really positive.

When asked about what going horse riding at Avon Riding Centre means to him, Erinnin said,

"It gives me a chance to be confident and in charge."

Charlotte has been a keen equestrian from a young age but a stroke in her twenties left her with weakness in her lower body and epilepsy. This meant that riding her own horse was simply no longer safe which gave her confidence a huge knock. Charlotte has now had 4 strokes and the weakness down her right-side means she struggles to walk. She did think horse riding would never be possible again until her physiotherapist told her about Avon Riding Centre.

For the past two years Charlotte has been coming to the Centre, with the support of the volunteers she was able to get back in the saddle. She is now more confident and enjoys her lessons, has even started to get some strength back in her right side. Most recently Charlotte has had some pain in her back which has prevented her from riding again but she still comes for her lessons, enjoying unmounted sessions and spending time with the horses, in particular Storm who has also had some time off due to surgery. They hope to work through their recovery together.

Charlotte has discovered what is she able to do and keeps pushing forward, despite the huge changes that she has experience in her life.

From Charlotte, "It means the world to me to come to Avon Riding Centre it is a dream come true."

Nathanael's mum had always had a love for horses and had a pony when she was a child. She had hoped Nathanael would experience the joy of horses. When Nathanael was 4 years old he was diagnosed with Autism and Severe Learning Difficulties, this meant he found social interaction and communication very difficult and had no understanding of danger. Nathanael attends a Special School and needs supervision 24 hours a day, his mum knew that this would mean Nathanael wouldn't be able to go to a 'normal' riding school. She was aware of Riding for the Disabled and had heard that contact with horses could help children with Autism so she decided to try Avon Riding Centre.

2 and half years ago Nathanael came to the Centre for his assessment, he was too afraid to get on a horse but Kim, the Centre's RDA Co-Ordinator, encouraged Nathanael to try the horse simulator. This gave Nathanael the opportunity to work through his anxieties around getting on a horse and with some further encouragement he managed to have a ride on the simulator. After a few lessons they were able to complete the ridden assessment and Nathanael had no concerns mounting a real horse! He was then able to begin weekly lessons.

Due to Nathanael's Autism it is difficult for him to engage in what is happening around him. RDA lessons often involve games, these help to build strength and stability but also improve confidence and memory as well as making lessons fun! Nathanael's mum was concerned about how he would engage in these but she needed had been, she couldn't believe her eyes that he was playing, listening for the items he had to collect, picking them up and throwing them into the bucket. Nathanael's condition does also make him quite loud and impatient at times, this was highlighted in his lessons at the beginning, protesting when the horse halted. The horse Nathanael was riding, Mr Big, and the coaches and side walkers were very patient and he now understands why they need to stop and start without issue. This has proved to be a good exercise in teaching Nathanael patience and has made him calmer overall after he has been horse riding.

Attending lessons at Avon Riding Centre has also been helpful in bringing Nathanael out of himself, not only taking part in the games but he also talks to Mr Big. Nathanael looks forward to attending events at the Centre and has become more aware of animals in general, becoming more engaged with the family dog wanting to smooth her and hold her lead when out walking.

Being able to ride has not only had a positive impact on Nathanael's life but also his families as he is more engaged and calmer. They enjoy visiting the Centre together and have found additional value in meeting the volunteers, staff and other riders. Nathanael loves his weekly riding lessons and his favourite part is riding in the woods.

Clare grew up riding horses, it was where she was most relaxed and happy that was until 2009 when she became suffering from extreme chronic migraines and severe lower back pain. Every day for 18 months Clare had headaches and when she tried to ride the stiffness in her spine resulted in them being more painful. Unfortunately she was forced to give up horse riding, one of the most important ingredients to her wellbeing, she then became diagnosed with severe clinical depression and anxiety in 2011. During that year she became very ill and was suffering from Chronic Fatigue Syndrome (CFS), it was this diagnosis that gave Clare an understanding of herself and she started getting the treatment she needed. Working with her physiotherapist, Clare managed to get her migraines under control and she received a lot of help in managing her chronic fatigue, however she knew that horses were missing from her recovery. She would never feel complete mentally, emotionally or physically until she could go horse riding again. Fear kept Clare from trying, if pain was still there when she tried horse riding she would be heartbroken having her passion taken away from her again

In 2015 Clare visited Badminton Horse Trials, it was here that she found out about Avon Riding Centre as they were at the RDA stand with the horse simulator. Clare and her husband spoke with Kim, the Centre's RDA Co-Ordinator, who sewed the seed for Clare to try riding again. After speaking it through with her husband and physiotherapist Clare found the courage to get back on a horse.

On her first session at Avon Riding Centre, Clare rode the horse simulator, who she christened, 'Eric'. The session was kept short as stiffness began rising through Clare's spine. Following the session she saw her physiotherapist who was also a keen horsewoman. They spoke through what Clare had found from her session with 'Eric' and her physiotherapist agreed it would be best to accompany Clare to her next session. Using the simulator enabled Clare's physiotherapist to be alongside her and see how the walk and trot motion affected her posture and triggered muscle spasms. Clare's physiotherapist was able to suggest trying shorter stirrups and longer reins, this enabled Clare to settle and she didn't get stiff or have a migraine triggered. After 6 months of working with 'Eric' Clare had strengthened her core and could then get onto a real horse.

Marge was Clare's first ride. They had a walk around the arena together on a lead rein then Clare took control and rode Marge on her own. The tears started as Clare's dream of riding again had come true. After a few months of having lessons Clare's friends began to notice a difference in her, they weren't aware that she had started riding again but noted she seemed happier, as if she was glowing.

After a year of walking Clare was encouraged to try trotting by her coaches. She could manage a few strides but anything more would trigger pain. Working on this it was only a few months after that Clare begged to have a canter! The rocking motion of the canter mirrored the walk and as long as Clare didn't canter for too long it did not trigger any spasms or headaches!

Clare's CFS still prevents her from walking too far as it will trigger lower back pain and migraines. Everyday tasks deplete her energy which means she has to plan and prioritise everything to the smallest detail but after riding at Avon Riding Centre she notices a significant decrease in her physical symptoms and a lift in her mood and general well-being.

Throughout her time at Avon Riding Centre, Clare has built relationships with fellow riders, the staff and volunteers, as well as the horses. She is surprised at the benefit that this has also had, giving her more happiness and fulfilment.

Over the summer Clare made another amazing accomplishment. She went out for a hack with her coach and had her first gallop in 10 years! Never did she think this would be possible.

Clare says, "I cannot express what the RDA and Avon mean to me. I can say with my hand on my heart, that without their facilities, professionalism, kindness and expertise I would have NEVER ridden again. I would never have gotten back a most vital part of what makes me happy and healthy. Avon continues to help me achieve my dreams which is to enjoy riding again with no pain or pressure. I may only walk with the very rare canter or gallop thrown in for a treat but I am completely whole again and along the way I have made some amazing, beautiful friends."

Try making a donation to get things going 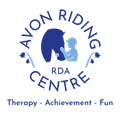 Avon Riding Centre for the Disabled is an independent charity based in Bristol dedicated to providing therapeutic riding for disabled adults and children. We provide more than 7500 rides each year to around 280 adults and children living with over 30 different physical and learning disabilities.